Setup weblate for the NextCloud app

NextCloud is using transifex for localization and it looks like most apps do the same. Although there is no direct support for Weblate, the transifex scripts can also be used for Weblate.

A i18n directory is added and contains:

A SSH key is created for weblate

A new GitLab user named weblate is created and the SSH public key added to the settings:

The GitLab weblate user is granted maintainer rights to the repository so that it can own the translationfiles and push updated .po files in the master branch whenever a new translation is available.

A new Weblate component is created for the app, with the following configuration: 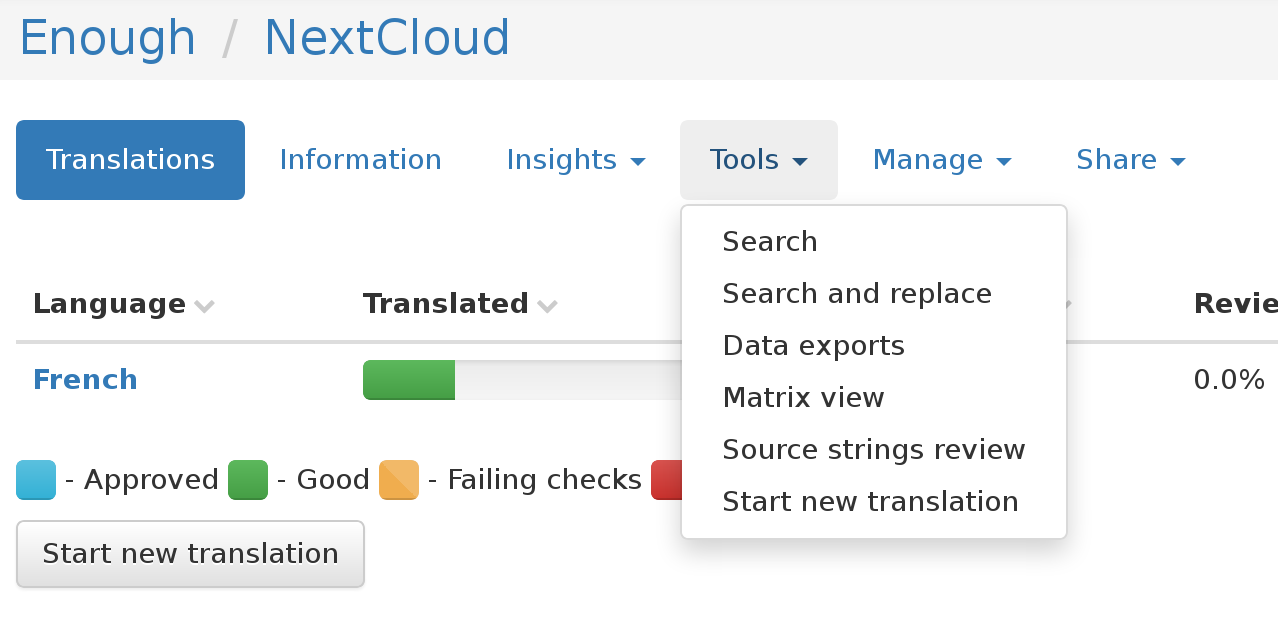 Verify a directory by the language name is pushed by weblate into the master branch of the repository.

Create a push webhook in the GitLab project and set it to https://weblate.enough.community/hooks/gitlab/ so weblate is notified when new commits are pushed in the repository.