When a libvirt hypervisor has to be rebooted and its root disk is encrypted, typing a password is often inconvenient when there is no keyboard and screen attached to it. Instead the password can be stored in a USB key that is plugged in during the reboot process and removed when the reboot is complete.

It relies on the passdev script.

The USB key needs an ext4 partition that can be created with gnome-disks: 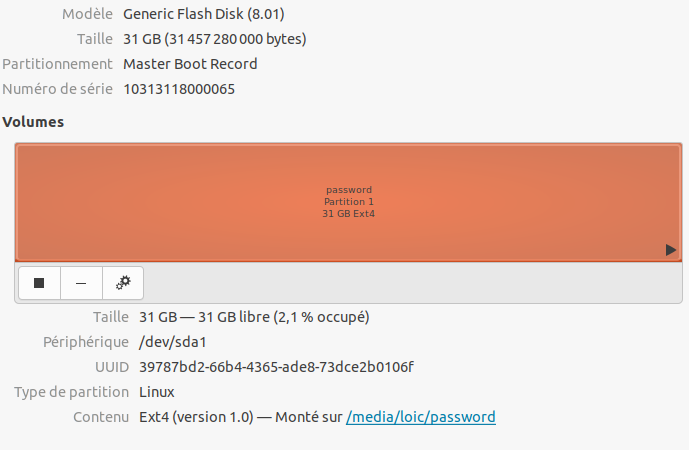 initramfs must be updated as follows: